I’m wondering if toothaches are common in pregnancy or if they could be a normal sign of pregnancy. I’m about eight weeks along and haven’t had any issues. However, I woke up on Monday with a bit of soreness across my upper right teeth and, today, it feels horrible, the way it did the last time I needed a root canal. The thing is, I stay on top of my oral health and just had a checkup three months ago. I was totally in the clear then and nothing has changed. Plus, one of my friends says she had toothaches during all her pregnancies and that it’s just one of the things we have to cope with. I’m tempted to believe her. I want to believe her, but I’m afraid that, if she’s wrong, I’m going to wind up with a serious dental emergency or the pain will get worse. I really don’t know how much I can handle. What’s the consensus on toothaches in pregnancy? 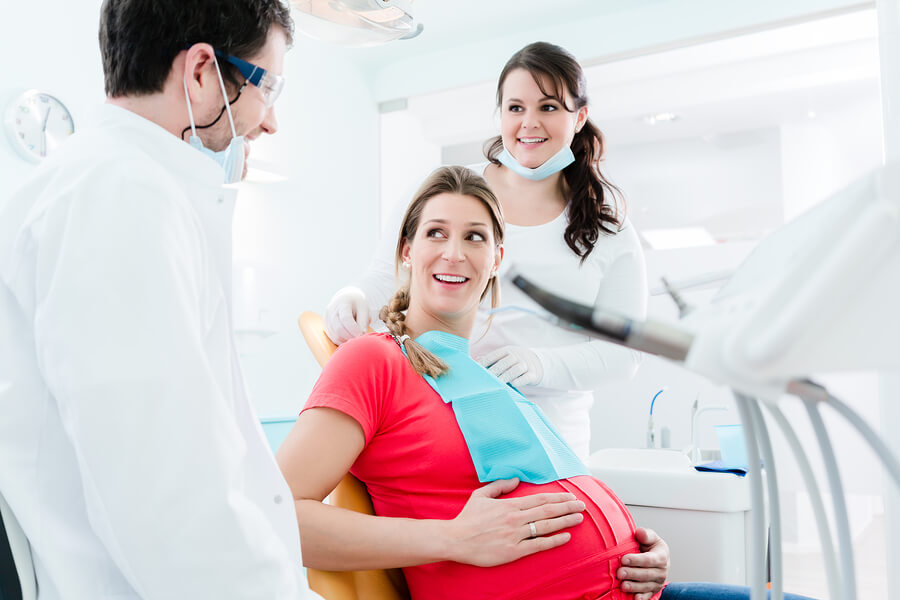 This is a great question that gets asked a lot. Let’s break it down.

Hormonal Changes in Pregnancy Can Cause Tooth Issues

Your body is going through a whole bunch of hormonal changes, so it’s not surprising that those changes will impact your oral health.

Research has shown that pregnant women tend to have inflamed gums and gingivitis more often than the general population. Although scientists aren’t totally sure why this happens, they think it’s related to hormones on two fronts. One, they directly cause inflammation. Two, they set the stage for bacteria to thrive, resulting in more inflammation. Because of this, home care often needs to be kicked up a notch and in-office cleanings may need to be done more frequently, such as every four months instead of six. It doesn’t sound like this is what’s causing your issues because it starts off as primarily gum-related. It would have to go unchecked for some time before you got into toothaches and other consequences of periodontal disease, but it could be influencing your comfort levels for sure.

Further research links rhinitis with pregnancy. Again, it’s tied to hormones and impacts about 39% of women. In short, these women see an increase in mucus production, but they also have irritation and swelling of the nasal passages. Under ordinary circumstances, it’s easy to overlook. You might not even realize you’re dealing with pregnancy rhinitis unless it’s severe. However, a “lucky” few have especially low-lying sinus cavities and long tooth roots. So, it creates a perfect storm. The roots are close to the inflammation and can sometimes cause a feeling quite like a dead or dying nerve, which is the cause of root canals. Ouch! To treat this, you’d have to treat the mucus production and irritation, which is typically done with pregnancy-safe allergy medications and decongestants.

Toothaches Should NEVER Be Ignored

The catch, nobody knows if you fall into the group of women who experience sinus issues or if you’re one of the “lucky” few with sinus/ root involvement. It sounds like your friend may have been one of these ladies. It could very well be that you are too, but if you don’t go in for an exam and have those teeth checked out, you do run the risk of letting decay or an infection progress. That’s not good for you or the baby and can result in a dental emergency for you and serious consequences for the both of you.

The bottom line: out of an abundance of caution, go get it checked out. Toothaches should never be ignored. Anytime you have tooth pain, you should get it checked out so you can make an educated decision on how to move forward. Best of luck to you.

This blog is brought to you by Dr. Susan Dennis of Portage, MI.