I needed a replacement denture for an implant overdenture. I knew that I would be moving out of state soon, so I specifically asked the dentist how long it would take to make the dentures. He told me three weeks. That worked as I had ten weeks until my move. A little over 9 weeks later they finally came in. Unfortunately, they didn’t fit right. The dentist sort of forced them on. That night I couldn’t even eat soft noodles. I called the next day and they said they wouldn’t have a chance to see me for a week. Well, I have to move, so I went to another dentist to get a second opinion. It turns out one side is slanted wrong and the holes for the overdenture were not properly drilled out. I called the office again and told them what the other dentist said. They said they can schedule an appointment to replace it. The problem is I am out of time. Do I have the right to just ask for a refund? 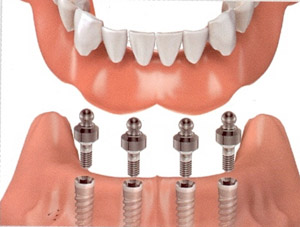 This has been a complete disaster. I cannot fathom a reason for this dentist’s total incompetence here. The three weeks he promised you is the right amount of time to have dentures completed. Did he ever tell you what took so long to get them in? It can’t be that they were being careful to get them right, as there is quite a bit wrong with them.

You are definitely within your rights to ask for a refund. From a legal standpoint, he did not honor the contract he made with you, so there is really no excuse for him to refuse the refund. That doesn’t mean he won’t, however.

If that happens, you have some leverage. The first and easiest is to tell him you are going to leave a review telling exactly what happened. Most patients check reviews before they try a new practitioner. So, he should care about that.

Finally, you could talk to the insurance company if they were involved in his payment.
I am sorry this happened to you. Hopefully, the dentist in your next location will be much more skilled and have more integrity.