My dental bonding is looking a bit worse for wear. Would I be better off using Supersmile Toothpaste or should I get my teeth and bonding whitened? 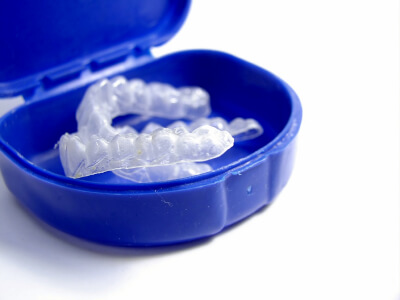 A lot of what you do depends on the type of stains you are talking about. Supersmile toothpaste does a great job of taking off surface stains of teeth. Unlike other “whitening” kinds of toothpaste, which use abrasives to remove stains, Supersmile uses Calprox to dissolve the protein pellicle layer that covers your teeth. The stains will attach themselves to that pellicle removing the stains.

If you are talking about more than surface stains, meaning the stains have seeped into the bonding material, then it won’t work.

Unfortunately, neither will teeth whitening. Even professional whitening gel only works on natural tooth structure. This means your natural teeth will whiten, but your dental bonding (or any other dental work for that matter) won’t change. This will only serve to make the dental bonding look even worse.

Once stains have seeped into the bonding, it is time to replace it. If you’re looking for something more stain-resistant, that can last for many years, you may want to upgrade to porcelain veneers.

These are what people go to for a complete smile makeover. Some cosmetic dentists, like Dr. Dennis, offer digital smile designs, which allow you to see your makeover before any work is done.

I needed fillings on a front tooth so I asked my dentist to do one of those white fillings. He agreed and, while they are better than having silver on my front teeth, they don’t match the rest of my teeth which are white. My dentist tried bleaching them but that only made it worse. What do I do?

I am sorry this is happening to you. While you were right to choose white composite fillings, it sounds like your dentist is new to this advancement. In fact, based on what you’ve told me, it doesn’t sound like he understands anything about cosmetic work either.

The fillings could have been made to match your teeth perfectly. The composite material used for these type of fillings comes in every shade imaginable. The fact that they don’t match means he didn’t create the right shade.

As to him trying to do teeth whitening to solve the problem, that wouldn’t work either (as you’ve discovered). The bleaching gel only works on natural tooth structure. This means while your teeth will get whiter, the composite fillings will stay the same color. This requires only a basic understanding of how teeth whitening works.

The way for you to get this fixed is to have the fillings re-done. However, I don’t think having your dentist re-do them is a good idea. Because he already mismatched them and charged you for teeth whitening to “fix” it, I think you should ask for him to pay for another dentist to do this.

Look for dentists who do a good job with dental bonding. That will give you an idea of who has the capabilities.

This blog is brought to you by Kalamazoo, MI Cosmetic Dentist Dr. Susan Dennis.

I need help and absolutely do not know what to do. I haven’t been able to eat in over a year. This started when I first started my dental implant procedure. I’ve been on a liquid diet ever since and have lost 70 lbs. It hurt before they placed the implant-supported denture; however, ever since they placed the actual denture I’ve been in constant, excruciating pain. They say everything’s fine and I’ll adjust but I just don’t know what to do. I feel like I’m starving to death. 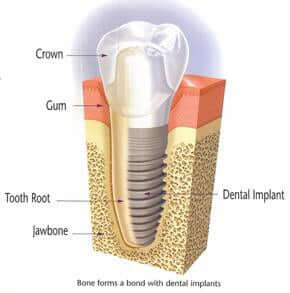 Wow! I’m so sorry that you’re facing this and appalled at how your dentist is handling the situation. First, tell your dentist you’ll be contacting the dental board and you want a full refund. Then, follow through. Next, go see your medical doctor. I don’t want you starving to death. He may be able to get you a port to help you eat until this is repaired.

The next step is to get a second opinion from a different dentist, one who’s invested a significant amount of post-graduate study in implant training. Look at Dr. Dennis’ dental implants page to get an idea of the type of investment I’m talking about.

Getting Your Dental Implants Fixed

When you get your second opinion, I’m going to highly suggest you don’t tell them who the dentist is that placed them until AFTER they give their opinion on your case. The reason for this is human nature. It’s very likely the two dentists know each other and are even friends. If they know who it is they may feel awkward saying something negative about a friend’s work.

Hopefully, the solution will be simple and maybe it’s just the dentures that need to be adjusted. If it turns out the implants were placed incorrectly, you can have them done again but you’ll have to have bone grafting done in order for there to be enough bone structure to support the implants.

I am quite worried about what’s going on. I will be the first to admit I do not like going to the dentist. I avoid it as much as possible. A couple of weeks ago I started getting a toothache. I went to see a dentist who is new to the area and has cheaper prices. He did an x-ray and said the tooth has a massive cavity under a previous filling. He also said he wouldn’t be sure if he could save the tooth until he got in there. He said if it had to be removed he would provide either a dental implant or a bridge. I have a few questions. Is it normal for a tooth to bad this quickly? I am not good at the dentist at the best of times. If the tooth has to be removed, should I have it done at a hospital? Finally, which tooth replacement do you recommend? 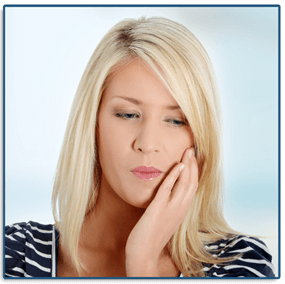 This blog is brought to you by Kalamazoo Dentist Dr. Susan Dentist.

She has prepared for a dental career since she was small. She loves creating beautiful smiles for her patients and helping them to optimal dental and general health.
More about Dr. Dennis

Please watch this important video for your safety!